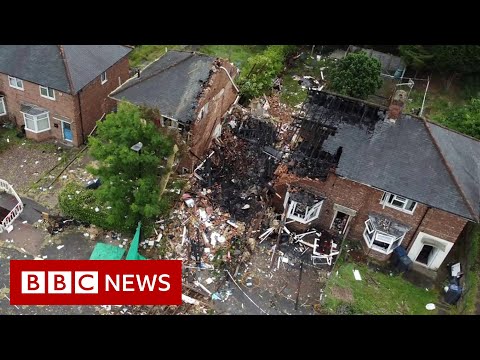 A woman has been found dead and a man seriously injured following a major gas explosion that destroyed a house and damaged others in Birmingham, UK.

A man also suffered life-threatening injuries in the blast which happened on Sunday evening.

At least three other homes were damaged and properties were evacuated.
The injured man was rescued from the house by people at the scene but had suffered "very serious" injuries, the ambulance service said, while four other men suffered more minor injuries and were discharged by paramedics.