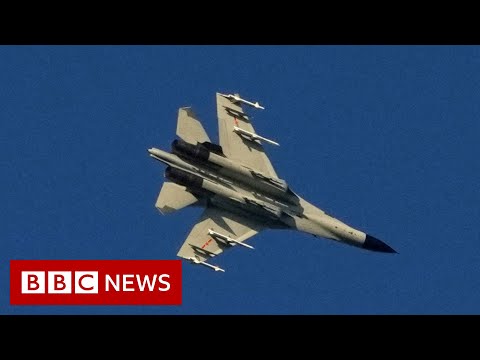 The United States has accused Beijing of "provocative" and "irresponsible" actions after Taiwan said China rehearsed an attack on the island.

Taiwan said it responded to the Chinese drills, now in their fourth day, by deploying aircraft and ships on Sunday.

The heightened tensions follow a trip to Taiwan by a US delegation led by senior Democrat Nancy Pelosi.

China views the visit as a challenge to its claims of sovereignty over Taiwan, which sees itself as distinct.

Ukraine claims it recaptured 400 sq. miles of territory back from Russian army