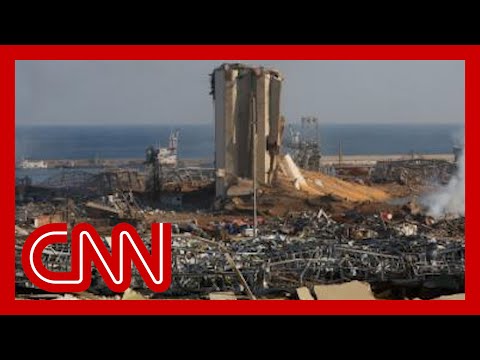 Beirut was declared a "disaster city" by authorities on Wednesday, in the wake of a huge explosion in the port of the Lebanese capital that left at least 135 people dead and 5,000 injured. The number of deaths is expected to climb amid ongoing search and rescue efforts.
Many people were still missing the day after the blast, and 300,000 have been displaced from their homes. The city’s emergency services, already under strain due to the Covid-19 pandemic, were operating at decreased capacity after four hospitals were damaged. The explosion’s shockwave damaged buildings up to 10 kilometers (6 miles) away.
A warehouse storing thousands of tons of an unsecured and volatile chemical compound has emerged as a possible source of the blast. It’s still not exactly clear what led to the ignition that wiped out entire streets, but questions swirled Wednesday over whether the authorities had failed to act on warning signs.
Prime Minister Hassan Diab said that 2,750 metric tons of ammonium nitrate — typically used as an agricultural fertilizer — had been stored for six years at a warehouse in the Beirut port without safety measures, "endangering the safety of citizens," according to a statement.