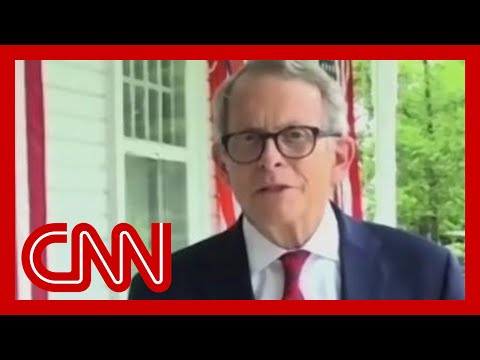 Gov. Mike DeWine (R-OH) announced that he has tested positive for coronavirus.
The announcement came shortly before DeWine, a Republican, was scheduled to meet with President Donald Trump in Cleveland.
DeWine was tested as part of the "standard protocol" to greet Trump on the tarmac at Burke Lakefront Airport, the governor’s office said in a statement. He is returning to Columbus, where he and his wife Fran will both be tested.
DeWine tweeted Thursday that he’s not experiencing symptoms at this time.
"As part of the standard protocol to greet President Trump on the tarmac in Cleveland, I took a COVID test. I tested positive. I have no symptoms at this time. I’m following protocol and will quarantine at home for the next 14 days," he wrote.
Lt. Gov. Jon Husted was also tested for coronavirus Thursday ahead of Trump’s visit and tested negative, DeWine’s office said.
Landing in Cleveland shortly after the news broke, Trump wished DeWine well in light of his diagnosis and told the crowd gathered at the airport that DeWine is a "great guy" who has "done a fantastic job."
"We want to wish him the best, he’ll be fine," Trump said.