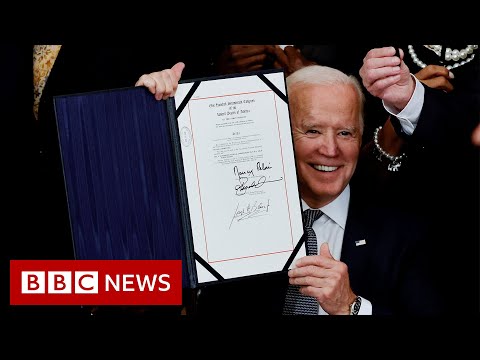 The Juneteenth National Independence Day Act, which establishes a holiday that commemorates the end of slavery in the US, has been signed by President Biden.

On 19 June 1865 – months after the northern US states defeated the South in a civil war fought over slavery – enslaved African-Americans in Galveston, Texas, were told they were free.

The day became known as Juneteenth, a word created by joining the words "June" and "nineteenth" together.

Joe Biden said, "I’ve only been president for several months, but I think this will go down, for me, as one of the greatest honours I will have had as president."