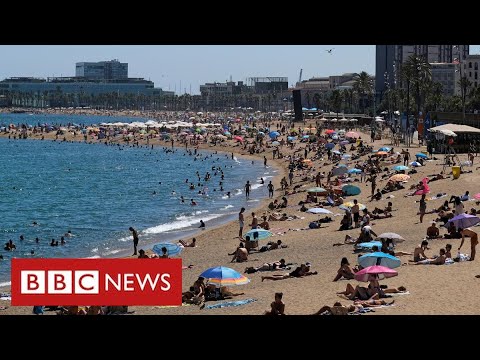 Thousands of British holiday makers are facing uncertainty, following the government’s decision to impose a two-week quarantine on people travelling to the UK from Spain, including its hugely popular island destinations.

Travel companies say they’re deeply disappointed that the Balearic and Canary Islands have been included, because they have not had the recent surge in coronavirus cases of Coronavirus seen in parts of mainland Spain.

The UK government has extended its warning — now advising against all but essential travel to the islands as well as the Spanish mainland.

Spain, including the Balearic and Canary Islands, is the most popular destination for Britons on their summer holidays with more than 18 million visits last year. France was second and Italy third.

There is now uncertainty over almost 10,000 flights which have been scheduled from the UK to Spain between now and late August, with the planes due to carry around 1.8 million passengers

Travel firms are warning that unless the quarantine policy is applied in a more focused way, firms will go out of business.

Spain’s Prime Minister Pedro Sanchez has said the British quarantine decision is unfair. He’s seeking talks with the UK government to try to change its mind. He said Britain had made an error by considering the rate of coronavirus infection in Spain as a whole, when most regions have a lower rate than the UK.

The greatest concentration of infections is in the north-east of Spain. Popular tourist areas in the south, the Canaries and the Balearic Islands are reporting relatively low infection rates.