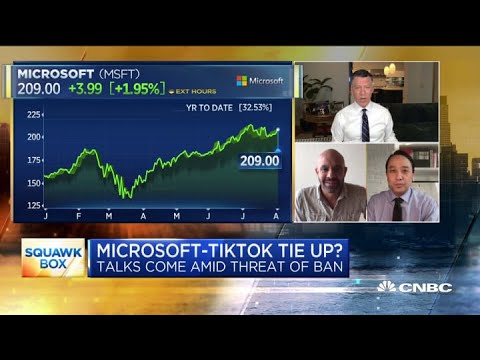 Microsoft is moving forward with talks to buy Chinese-owned short-form video app TikTok. According to the Wall Street Journal, TikTok says it has 100 million U.S. users, with internal revenue projections of one billion dollars this year and six billion by next year. But the talks come amid threats by President Trump to ban the app, with the State Department saying Chinese-owned apps such as TikTok and WeChat were “feeding data directly to the Chinese Communist Party.” Mark Douglas, CEO of advertising software company SteelHouse, and Ed Lee, corporate media reporter for the New York Times, join "Squawk Box" to discuss.