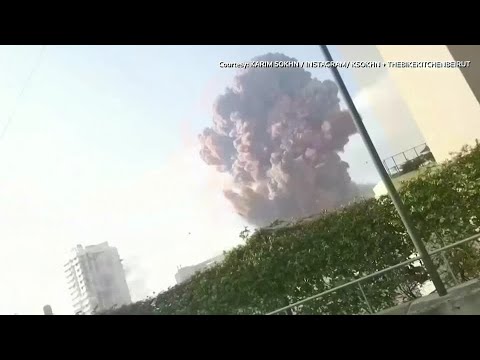 A large explosion shook the Lebanese capital Beirut and a giant column of smoke was seen rising over the city, Reuters witnesses and local media reported.

Two security sources and witness said the blast occurred in the port area containing warehouses.
The blast rippled through several areas of the capital, shattering windows and doors, and wounding people..