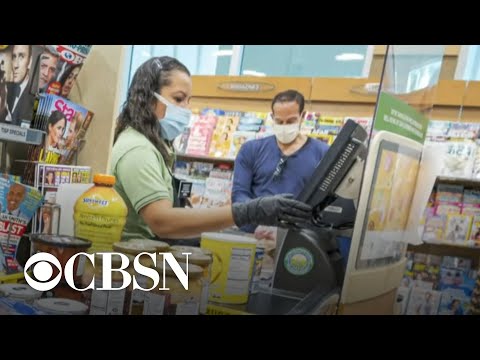 Grocery workers have fought for hazard pay and expressed concerns for their safety for since the beginning of the COVID-19 pandemic nearly a year ago. Marc Perrone, president of the United Food and Commercial Workers International Union, spoke with Anne-Marie Green and Vladimir Duthiers about what would help grocery workers and Kroger’s plans to close stores in California and Washington state after local governments required them to give workers hazard pay.