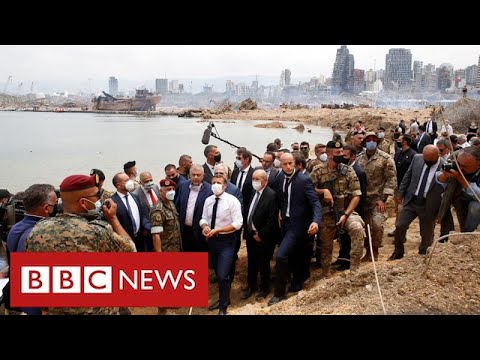 The people of Beirut have made clear their fury at the Lebanese government after the massive explosion in the city’s port which killed at least 137 people and injured more than 5,000.

Thousands of tonnes of the explosive ammonium nitrate had been stored there, despite repeated warnings of the dangers.

The death toll is expected to rise as rescue workers continue their search for victims buried in the rubble. Around 300,000 people have been made homeless.

Crowds surrounded the French President Emmanuel Macron, the first world leader to visit the devastated city. Mr Macron, whose country shares close ties with Lebanon, called for an urgent response to the crisis faced by the country.