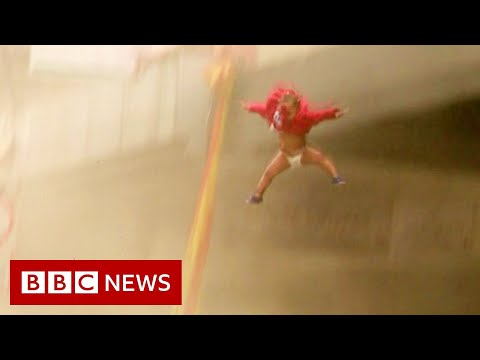 A mother in Durban, eastern South Africa, was forced to throw her baby from a building after it was allegedly set on fire by looters.

Dozens of people in South Africa have been killed and hundreds arrested in riots, following the jailing of former President Jacob Zuma last week.