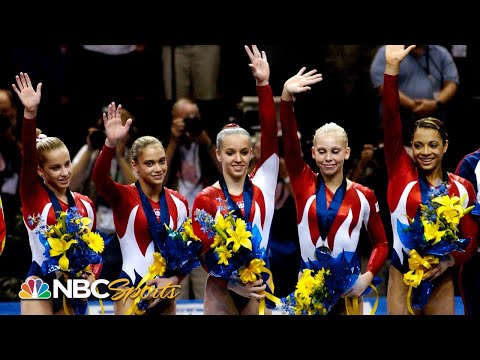 Led by Chellsie Memmel and Carly Patterson, Team USA’s gymnastics squad claimed their first ever world championship in the team all-around in Anaheim at the 2003 Worlds #NBCSports #CarlyPatterson