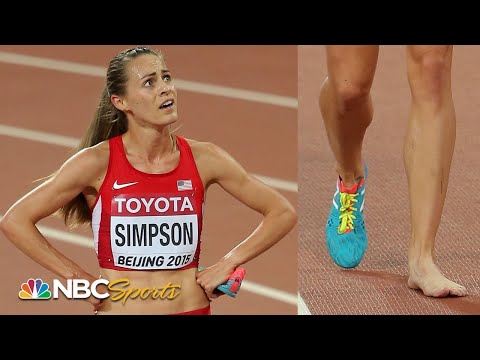 Jenny Simpson loses a shoe in the 1500m final at the 2015 World Championships in Beijing, costing her a chance to claim the title in the final laps #NBCSports #JennySimpson #TrackandField