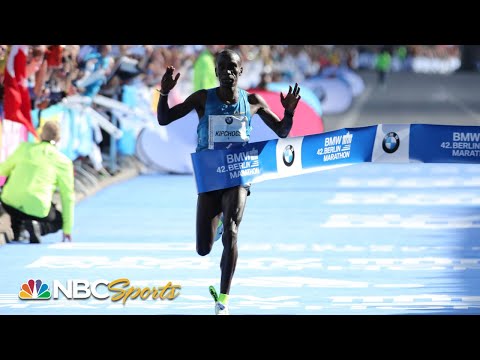 Despite a critical insole malfunction from the start of the race, Eliud Kipchoge was able to keep his shoes and his composure together to win the 2015 Berlin Marathon in 2:04 #NBCSports #EliudKipchoge