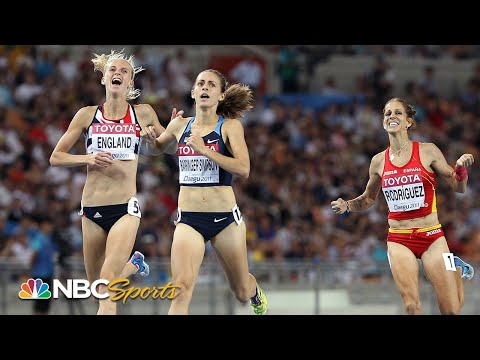 Jenny Simpson was able to stay clear of a dust-up down the stretch of the 1500m final at the 2011 World Championships, hanging on to win a memorable race in the process #NBCSports #JennySimpson