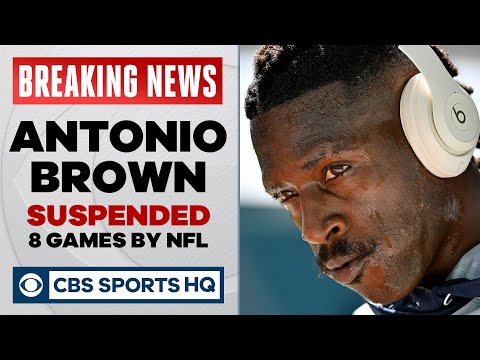 UPDATE: Brown’s suspension will begin Sept. 5 regardless of whether or not he signs with a team first

Multiple NFL teams have reportedly been sniffing around Antonio Brown in the lead-up to the 2020 season, but even if someone signs the free agent wide receiver, they won’t get him for a full season. CBS Sports NFL insider Jason La Canfora reports that the NFL has suspended Brown for the first eight games of 2020 for violating the league’s personal conduct policy.

Brown, who had been under investigation by the NFL for multiple off-field incidents, has another hearing in a civil suit related to sexual harassment and sexual assault allegations scheduled for Sept. 15, according to NFL Network, which falls just after Week 1. The former Pittsburgh Steelers standout would be eligible to participate in training camp if he found a team ahead of the 2020 season, per Tom Pelissero, but his eight-game suspension will go into effect on Sept. 5, the date of the final roster cut-down. There’s also a chance the suspension could be extended "if further violations are found related" to the ongoing lawsuit.