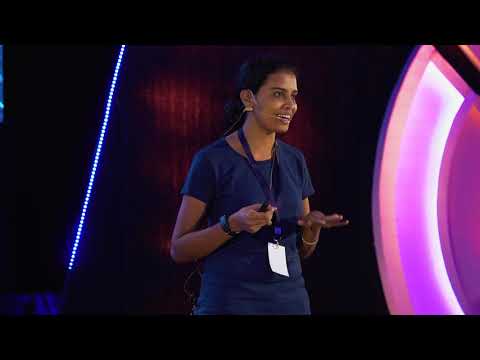 Here is Jiss Sebastian an adventurous, staunch enthusiast in wildlife preservation. She is a conservation ecologist and a person who has been taking many initiatives to learn about the enigmatic aspects of nature, most notably the study of orchids as indicators of the environmental changes.
Through this profound talk, she shares her experiences and the discriminations she faced because she was a woman. In every situation, she stood bold, independent, and was never afraid to raise her voice against such encounters. In her years of research, she found how closely connected was a woman and nature as they had the same characteristics and it was important to protect both together. Jis Sebastian is a conservation ecologist working with both plants and animals. She is a staunch enthusiast in wildlife conservation.She is adventurous and she had taken many initiatives to learn of the enigmatic aspects of nature, most notably ,study of orchids as indicators to environmental change. A ground breaking revelation that gave her recognition and many accolades. She is a bold and Independent woman who raised her voice against gender based discrimination and an inspiring figure, who refused to back down from her goals and dreams. This talk was given at a TEDx event using the TED conference format but independently organized by a local community. Learn more at https://www.ted.com/tedx