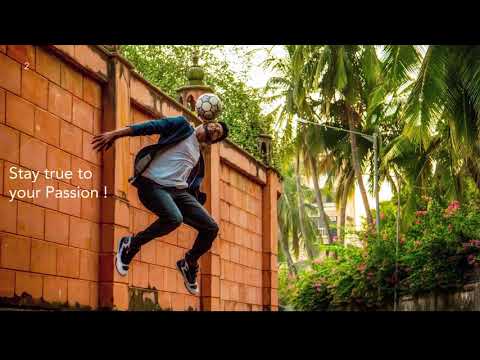 Picture this: a young, promising footballer just about to make his mark by transitioning to senior football gets his ankle shattered and is told that he can never play again. For most people, this would spell the end and it would be the point where they give up, but Archis Patil isn’t most people.

Speaking at TEDxBITSGoa 2020, Archis elucidates how he made the most of a precarious situation and became one of the pioneers of football freestyling in India, which then was a relatively unknown quantity whilst making 4 world records and winning popular TV entertainment shows. Archis’s story is a true personification of making lemonade out of lemons, only that he did it when it was the hardest to do so, which makes him all the more inspiring. We also get to see a glimpse of him plying his trade, and it’s quite fascinating, to say the least.

Catch his talk on YouTube right now so you don’t miss out on this football freestyler’s story and an amazing display of his talent! Archis Patil is an ex-professional footballer and a professional football freestyler. On the junior level of football, he last played for Air India before an injury ended his hopes of furthering his football career. He transitioned into football freestyling, in which he has since achieved a considerable amount of success. He has done multiple shows both in India as well as internationally. He also has 4 world records to his name and is the winner of the TV show ‘Entertainment Ke Liye Kuch Bhi Karega’. This talk was given at a TEDx event using the TED conference format but independently organized by a local community. Learn more at https://www.ted.com/tedx