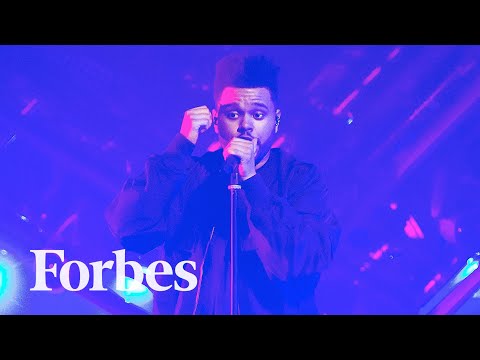 As 2020s go, The Weeknd’s wasn’t all that bad: His hit single “Blinding Lights” spent four weeks atop Billboard charts; his album After Hours debuted at number one; and in November, it was announced that he would headline the Super Bowl halftime show—one of few live performances since the pandemic began. The one downside? He won’t get paid to perform. He will collect at least $1 million for a Pepsi commercial running ahead of the game, but The Weeknd, known as Abel Tesfaye offstage, says he is spending $7 million of his own money to put on the high stakes show. While his team won’t specify if that is going towards pyrotechnics, a hologram or a diamond-encrusted microphone, they believe the payoff will be huge.

“The Super Bowl is an opportunity on the most massive level,” says Wassim ‘SAL’ Slaiby, The Weeknd’s manager.

While he’s the first, as far as we can tell, to brag about spending his own money on the show, he’s by no means the first to perform for almost no pay. Stars from Justin Timberlake to Beyoncé have traditionally performed on sport’s biggest stage for free in exchange for the exposure that comes with a televised audience of over 100 million people.

That opportunity pays off in the form of spikes on both streaming and social media. On the night Jennifer Lopez and Shakira performed at Super Bowl 2020, purchases of the songs performed jumped 16-fold, according to Nielsen Music. Lopez and Shakira’s on-demand music streams increased by 149% and 221%, respectively, the night of and day after last year’s show. Lopez gained a total of 2,353,050 new followers across social media during the week following the Super Bowl, according to analytics firm ListenFirst, while Shakira gained 610,823.

READ  LIVE: John Lewis lies in state at the US Capitol Building

Did PayPal Just Make Cryptocurrency The Cash Of The Future? – Steve Forbes | What’s Ahead | Forbes