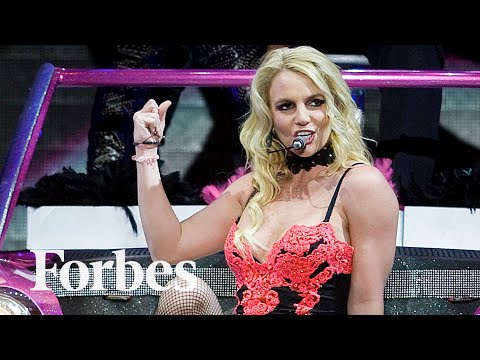 Twenty years ago, Britney Spears was on top of the world. She was riding a four-year run of platinum No. 1 albums, a Grammy award and a string of world tours that paid her tens of millions of dollars. In 2002, Forbes named her the world’s most powerful celebrity, with an estimated $40 million of income before taxes and fees.

So what went wrong? After several years of media scrutiny, Spears suffered a public mental breakdown and was put under court-ordered conservatorship in 2008. The judge handed control of her career and finances to her father, James, who is now the villain of the fan-driven #FreeBritney movement, a social media advocacy effort out to “free” Spears from the conservatorship.

The setup hasn’t been good for her career. Or her net worth. In recent years, Spears has resisted her father’s control while also paying millions of dollars in legal fees tied to the conservatorship that is charged with tightly controlling her lifestyle, as well as child support to her ex-husband Kevin Federline. Court documents reviewed by Forbes last year revealed that her assets are mostly held in various brokerage accounts, real estate and cash. Her personal fortune hasn’t lagged for lack of effort: By 2008, Spears had released five hit records and embarked on six major tours. In the decade that followed she delivered another four albums and four world tours, as well as a Las Vegas that ran from 2013 to 2017 and grossed $137.7 million, according to Caesars Entertainment.

Did PayPal Just Make Cryptocurrency The Cash Of The Future? – Steve Forbes | What’s Ahead | Forbes