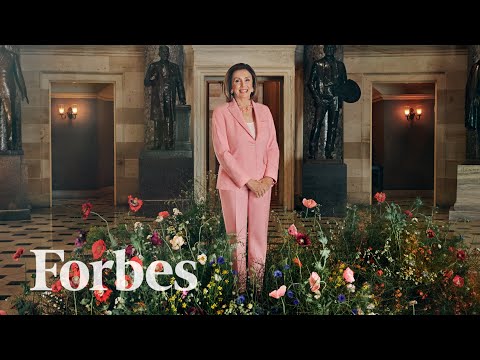 “People make their own decisions about their timing, and they don’t have to comply with somebody else’s view of how that should be,” Speaker of the House Nancy Pelosi told Forbes. “It’s about what works for them.” Now 81, Pelosi knows a thing or two about waiting for the right timing: She didn’t even run for Congress until she was 47 years old, and became America’s first female Speaker of the House at the age of 66.

Nancy Pelosi became the first woman to lead a major political party when she was elected as Speaker in 2007. She started her third term as Speaker in 2019; she regained the position after the Democrats retook the House in the 2018 midterm elections. Also in 2019, she initiated the fourth-ever impeachment proceedings in U.S. history against President Donald Trump.

The inaugural class of entrepreneurs, leaders and creators are part of an exhilarating movement redefining life’s second half and proving that success has no age limit. These dynamic women, growing older is about getting wiser—and bolder.

Selected from a pool of more than 10,000 nominees, the members of the 50 Over 50 are founding and running companies at scale ($20 million or more in revenue for for-profit companies), leading movements and changing the world. They’re working across all sectors of the American economy—venture capital, education, politics, major league sports and more—and, importantly, they’re paying forward their after-50 success.

In a moment when a global pandemic has pushed a disproportionate number of women out of the workforce—and, among this demographic, forced hundreds of thousands into too-early retirements—it is our hope that the stories of the women on this list resonate, inform and inspire.

To bring this list to life, Forbes partnered with Mika Brzezinski, a journalist, best-selling author, co-host of MSNBC’s Morning Joe and founder of Know Your Value, a digital platform and community focused on empowering women to express their personal worth and achieve gender equity in the workplace.

Mike Pompeo: She was unapologetic about her country

A journalist was killed covering an Israeli raid. Her niece wants an FBI investigation