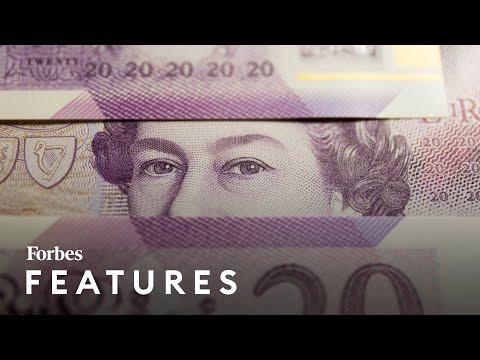 After Prince Harry and Meghan Markle’s devastating interview with Oprah Winfrey on March 7, "The Firm" is on shaky ground. The senior members of the House of Windsor should have seen the tectonic consequences coming. “I don’t know how they could expect that after all of this time,” Markle told Winfrey, “we would still just be silent if there is an active role that The Firm is playing in perpetuating falsehoods about us.”

The menacing moniker dates back more than 80 years to the period following the most divisive episode in modern royal history—the 1936 abdication of Edward VIII. Alternatively attributed to Queen Elizabeth II’s father, King George VI, who succeeded his older brother, and her husband, Prince Philip, the darkly accurate nickname for the senior members of the family stuck. The Firm—also known as “Monarchy PLC”—are the public faces of a $28 billion empire that pumps hundreds of millions of pounds into the United Kingdom’s economy every year. The lavish televised weddings (the boost to the U.K. economy from Harry and Meghan’s royal wedding was an estimated $1.5 billion), buzzy tours of Commonwealth countries and public displays of pomp and circumstance generate massive interest—and profits—for a global business enterprise that spans from prime real estate in central London to remote farmlands in Scotland.

The saga of the royal family has also been a mother lode for the British media. In the Oprah interview, Markle spoke of the “invisible contract” with the tabloids, describing a relationship that is at once symbiotic, sycophantic and sinister. It’s also been great for newsstand sales and TV ratings. Three years ago, Brand Finance, a U.K.-based brand valuation firm, estimated The Firm’s contributions to the media industry at nearly $70 million. That number seems small after Harry and Meghan’s interview was broadcast in more than 60 countries. And even the prince acknowledged that they have watched the acclaimed Netflix series The Crown.

See also  The Rise And Fall (And Rise) Of GameStop

Who gets to be part of The Firm and reap the benefits has become a point of great contention over the years. Following Harry and Meghan’s departure from official duties, the number of full-time senior royals has been winnowed down to eight. Aiding Her Majesty as members of The Firm are an elite group of seven royals: Prince Charles, who is next in line for the crown, and his wife, Camilla, the Duchess of Cornwall; Prince William, second in line to the throne, and Kate, the Duchess of Cambridge; Princess Anne, the Queen’s daughter; and Prince Edward, the Queen’s youngest son, and his wife, Sophie, Countess of Wessex. According to historian and royal commentator Carolyn Harris, the move to narrow the inner circle is as much about consolidating resources as it is about maintaining reputational control.